What are the changes and how does it affect SEO?

On Monday, June 3rd, 2019, Google checked a premiere: a new update was announced just one day before on Twitter. This is the first time that Google announces an algorithm update in advance. June 2019 Core Update is the second major update this year after the famous Florida 2.0 in March, which has had a significant impact and has led to major changes in positioning certain websites in Google searches.

What it did, what changes it brought and how it affects SEO

Although the algorithm was announced the day before it was launched, and despite the fact that Google’s official Twitter information appeared in real-time on the launch day, it does not mean that the impact on SERPs will be immediately visible. Why? Because this update must first be implemented in Google’s physically located locations in different locations around the world. According to Google’s official Twitter releases, it will take a few days for the update of the search algorithm to be fully implemented and will have concrete effects.

By June 2nd, 2019, the announcement of an update before being rolled by Google was completely unheard of. But two days ago, not only had a new update been announced (an update that would indeed affect page indexing), but also its name was revealed: the June 2019 Core Update. Before today, Google announced these updates only after they were implemented.

Danny Sullivan, who is currently acting as Google Search Liaison, explained the reason behind the decision to announce this update before it becomes active. It seems that Google wants to take a pro-active attitude in distributing this kind of information in advance. This decision was made after analyzing the behavior of marketers and SEO specialists around the world, their concerns and the questions that arise after each major update. That’s why Google wants the audience to be ready in advance, avoiding confusion and worries.

What is a Google Core Update and what is its impact on indexing?

Core Update is an update that does not focus on specific features of a site or search / query. In his case, the changes are more subtle, with the update mostly dealing with fine elements within the algorithm.
What can you do if you have fallen into the search rankings after such an update?

Last year, Google provided some vital information about Core Update. It seems that website owners can not fix some errors so they regain their position in the ranking. There are, therefore, no specific errors that can be corrected or resolved. What Webmasters and Search Engine Marketing agencies can do in return is to provide visitors with quality content, unique content. Then, you have to follow Google’s recommendations to climb the rankings, reading as much as possible about how to do it right. Only through in-depth study and, of course, by resorting to industry specialists, website owners will understand how Google reviews sites and how to improve the content of visitors.

Following this announcement on the Twitter social network, we’ve been staring at our customers’ SEO campaigns. Except for only two websites monitored, we did not notice any noticeable change in visibility, other than the usual light variations.
Client with unaffected positioning

On others, two – and only to them – have seen clear and quite significant increases, each on a niche with a strong competition.
Client increases positioning

We continue to monitor SEO campaigns to see the overall impact and build a relevant image based on possible wider change of positioning of customer websites for the keywords tracked, but at the moment, as seen in the above images, the trend seems be that where there are no spectacular increases or decreases in SERPs for most customers.

Also, in the Cognitive SEO app for UK there is a sudden change in the algorithm on 3 June 2019.

A week later, after this Google algorithm update has been fully implemented and its effects have already stabilized, we can draw some conclusions.

The first is that it was an update that, at least for us and our customers, whose SEO is constantly monitored, has positively affected us. In most cases, even better and more spectacular results than we would have expected, given that it is not a major algorithm update.

How to rank in position zero in Google

Have you noticed the top of Google is getting crowded? The days of optimizing for the traditional 1-10 rankings are slowly being replaced with cutting edge methods and SEO tricks that aim for that miraculous Position Zero! In this guide, we’ll walk you through everything you need to know to take advantage of these new SEO features.

You only have to look around you to see that mobile devices play an increasingly integral role in our modern lives. As a business owner or a marketing director, it’s crucial to ensure that you are able to tap into the trend of promoting your business on the go. If your website isn’t mobile-friendly in 2019, there’s every chance that you could lose out. If you’re looking to boost sales and increase profits, here are some tips to take advantage of the mobile market.

What is Search Engine Marketing (SEM)?

Search Engine Marketing is one of the most prominent forms of internet marketing. Businesses across the globe – and anyone with a website – heavily depend on it to spread the word and find web traffic.

What makes a good SEO strategy for small businesses?

In SEO there are many steps that can make a huge difference in terms of SERP rankings, but unfortunately these factors are constantly overlooked. These are […] 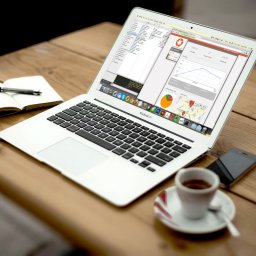 We write and publish articles related to various subjects that interest us: mainly SEO, design & usability and online marketing. Some of them are guides on how to do it better, others are just our opinions regarding the current trends. We hope you'll find the articles useful and enjoy your read.